Home»Gallerys»Nicholas Ray at the Chateau Marmont

In 1973, Nicholas Ray checked in to the Chateau Marmont bungalow where, in 1955, he had rehearsed his iconic film, Rebel Without a Cause. He was working with a group of student filmmakers, rushing to complete a new project. By this time in his career, Nick was washed up at the studios. Hobbled by severe drinking and drug use, he stumbled through each day calling the famous actors and studio heads who had been his friends trying desperately to raise money to finish the film and get it to Cannes, where it would be shown out of competition. The film, We Can't Go Home Again, was a wildly experimental, multi-image composite investigation into the political and emotional currents roiling the end of the 60s. While Nick made calls and plans, his team of student editors worked around the clock making the changes the director demanded after every screening.
Nick needed help. Introduced through a friend, I became his aide de camp for two weeks, trying to keeping him moving in what resembled a straight line, finding the “supplies” he needed to get through the day and sometimes making images of the circus as it lumbered through town. I made contact sheets at the time but never printed them and then the negatives were lost and for many years I wondered where they might be and if they were really as I remembered them. Then in 2011 I discovered them, hidden at the bottom of a pile of papers and just as I had recalled. Shot on my Bronica with an 80mm lens, a little thin and with edges crumpled by a faulty film back I believe they reflect the collective desire of the time for emotional truth over technical perfection and that Nick would have liked them. 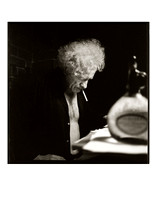 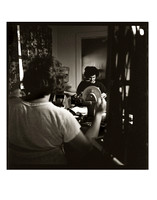 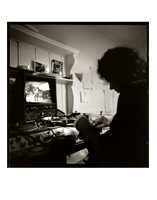 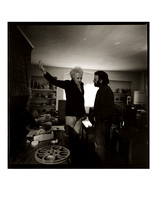 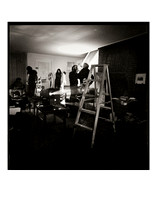 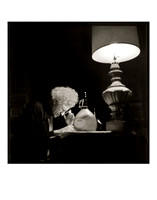 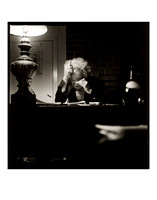 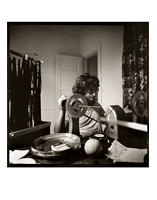 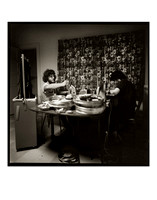 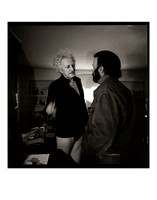 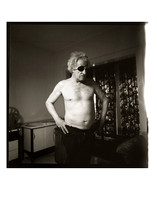 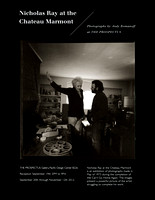