Ghost Chicago - looking for things no longer here - My childhood

I went back to Chicago last week.  City of my early years and a place of deep emotional connection.  While I was there I visited the old neighborhoods, the streets where I grew up.  Much is gone or changed beyond recognition and what remains resonates mainly with me, so I'll tell you little stories as we go along, stories about why I made these pictures. 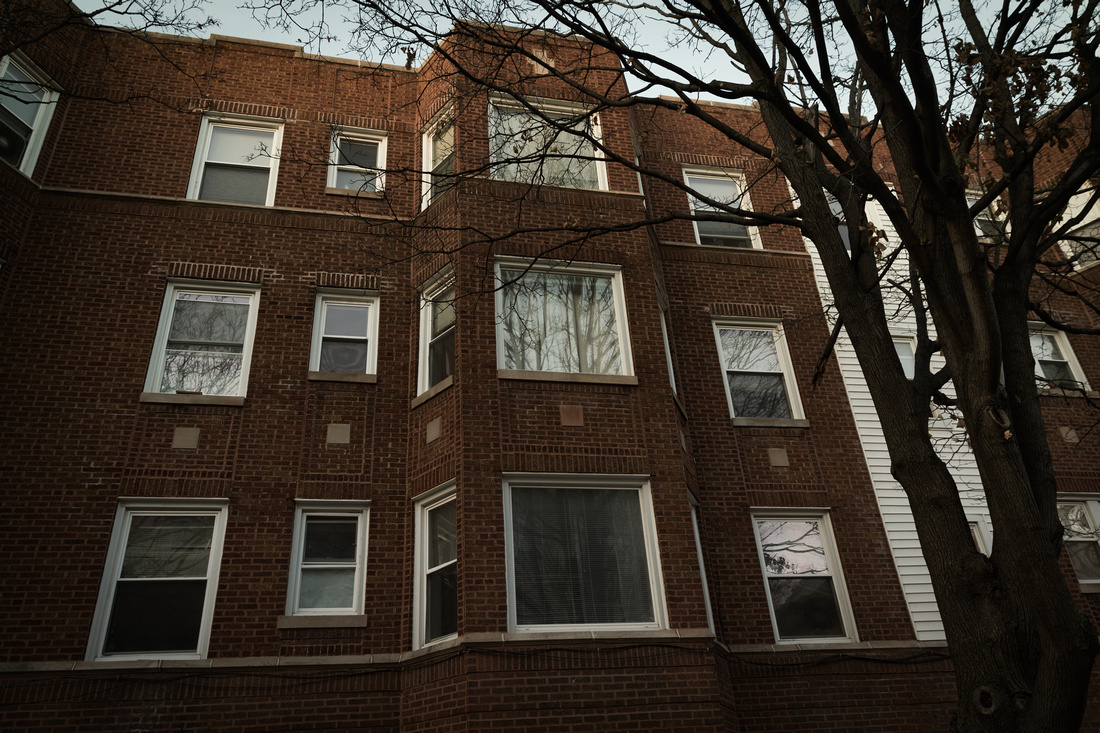 It starts here, the building where I first remember the world.  We lived on the second floor in the apartment with the big bright window.  This is 5637 N Spaulding, A large courtyard building built probably in the thirties, old enough that the apartment had an icebox.  See the white horizontal boards on the right?  That's the back staircase. It was open to the winds and snows of winter then so they finally closed it, but when I was a boy the iceman came up those slippery canted steps with a big block of ice gripped between his tongs and resting on his leather apron. 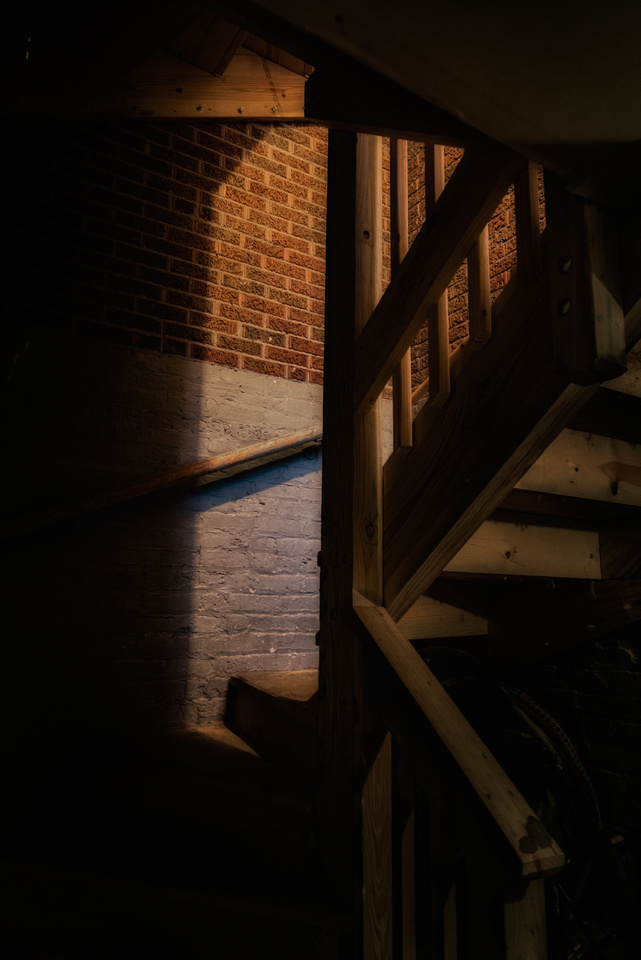 Here's the staircase. It's been freshly redone but the tight turns and the steep pitch remain. We raced down these stairs to the basement, grabbed our bicycles and rode off looking for adventure. My mother stayed behind washing clothes in the old circular washing machine and squeezing the water out with the wringer.  Then she would hang them on the long rope clothes lines that stretched the basement end to end. How endless that must have been, a young woman alone raising two boys. 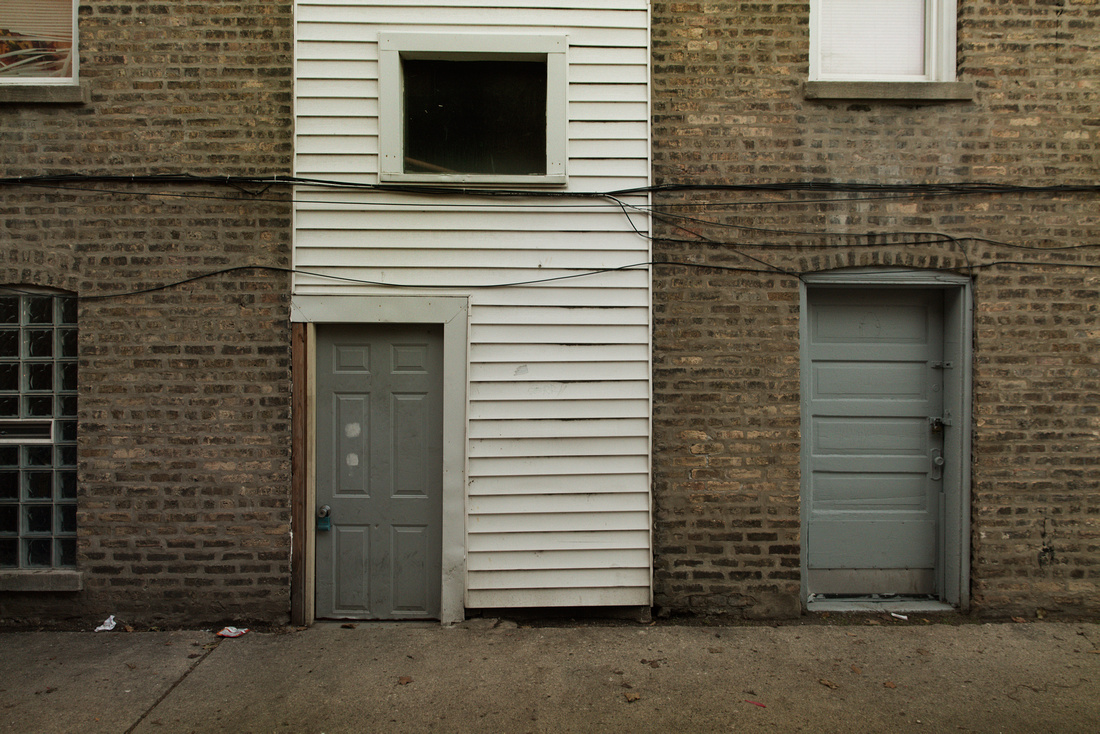 Sometimes we played in the alley.  The building was heated by a coal furnace located down the steps behind the door on the right. On the left where the glass block window stands was the coal chute.  In the fall a great chain driven coal truck would lumber into the alley.  The coal chute would be connected and the back of the truck would lift sending the coal into the basement.  On winter mornings, Johnny the janitor would stoke the fires starting at 6AM sending heat up through the radiators and into the apartments.  The windows would slowly defrost, the ice changing to mist and the day would begin. 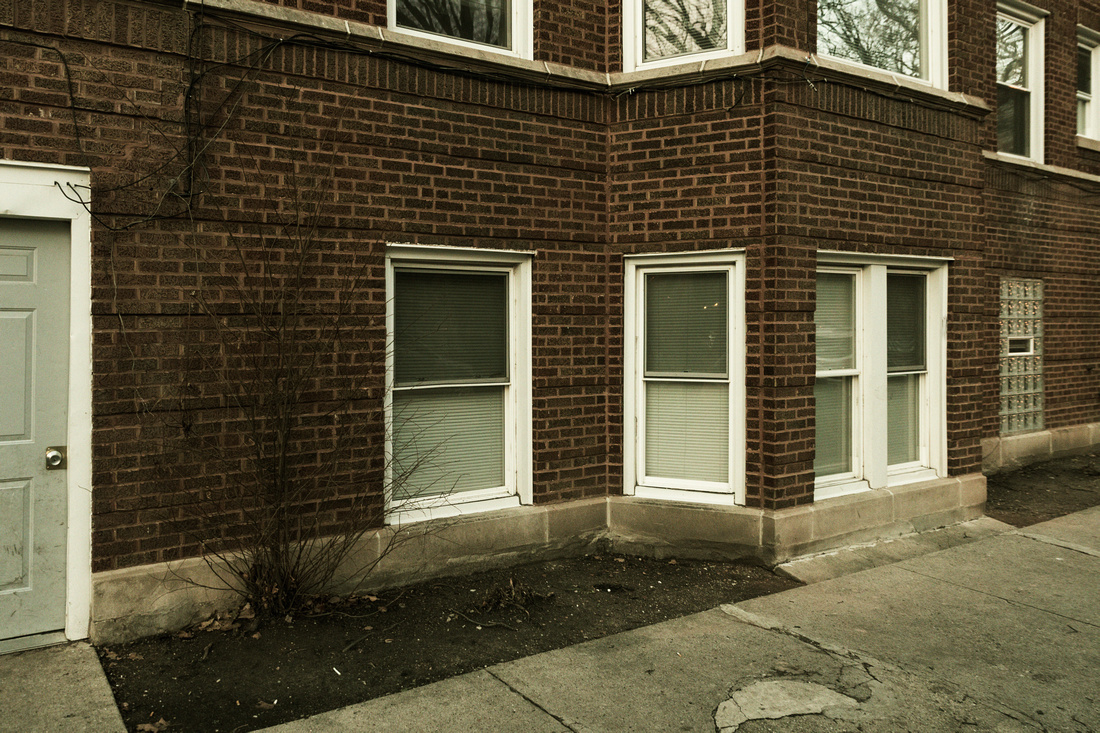 Johnny lived here in this basement apartment with his wife Mary and a German Shepard trained in the old country way.  When Johnny raked leaves the dog would carry a basket filled with them, walking along side of Johnny to the trash. Our father was dead, a massive heart attack at 37.  I was 7. None of this made sense. It still doesn't. My brother, a year younger connected with Johnny and sometimes followed him on his rounds. My mother was friends with Johnny and Mary and sometimes we were invited to their cottage outside the city.  See what I mean about ghosts?  Nothing of this is visible, even to me, but being here the stories come. 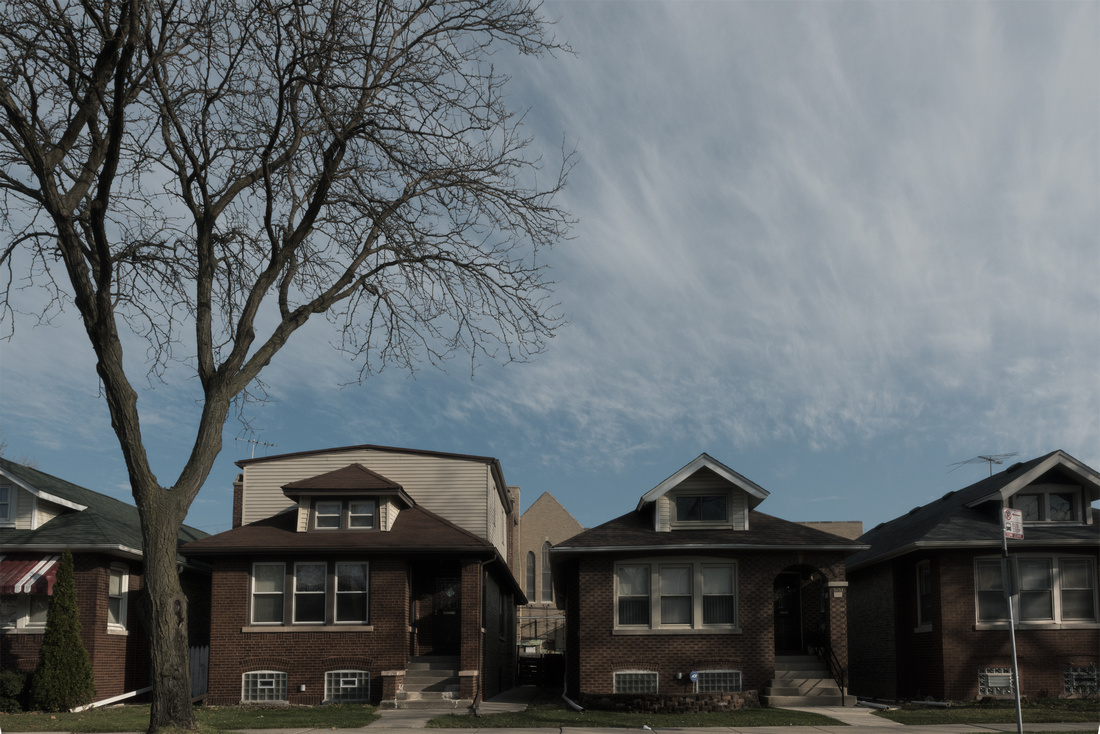 This is what Chicago looked like then...and now. Small brick houses and large brick buildings, all neat and orderly. This is Kimball Avenue, my route to high school or at least one route. I went to five high schools before we all got tired of the process. Not their fault, not mine. 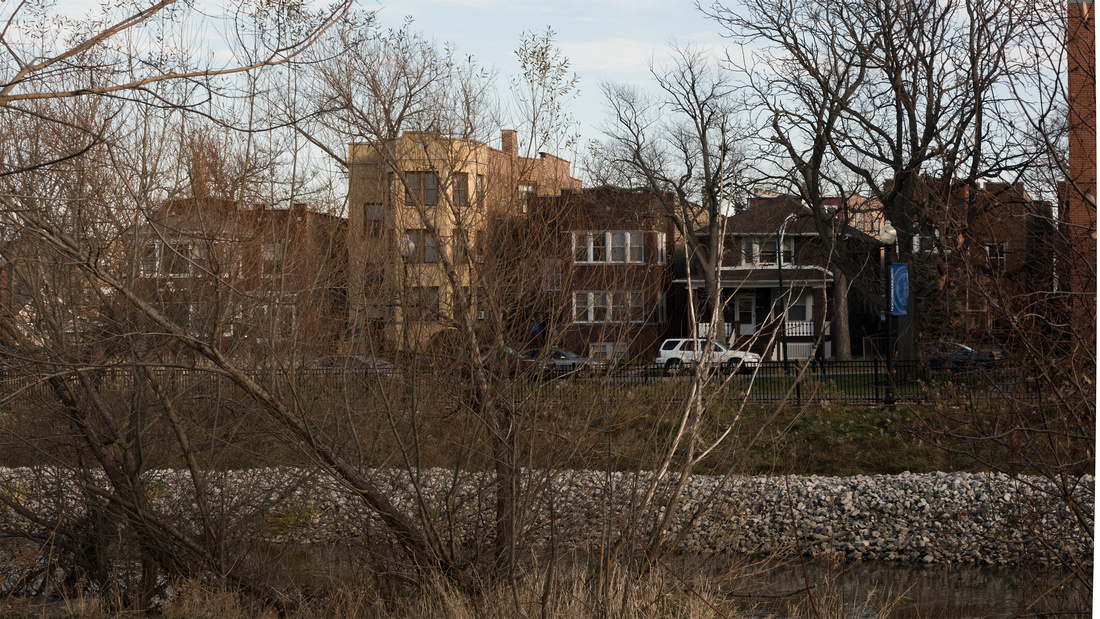 Mainly I hung around on the front steps of the school smoking Camels but sometimes I wandered around back where the river flowed.  Really not much of a river, engineered and contained and carrying the sewage of a million families but water moving past land, the occasional rubber floating by, a marker of the waters speed and a telltale that someone somewhere had been close to someone else, had broken the barrier of longing and unknowing.  Funny huh? 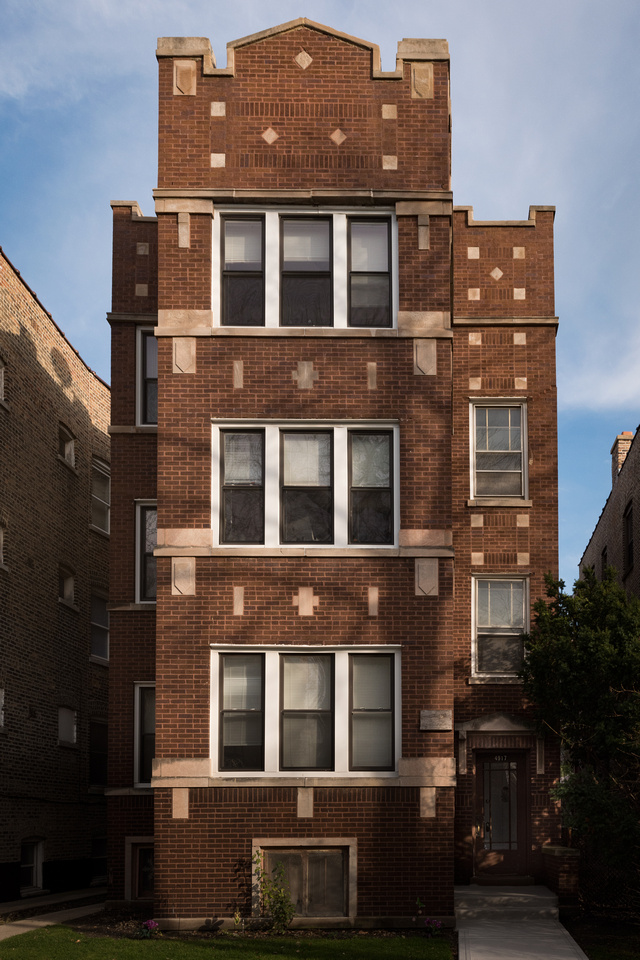 I wasn't sad. I was angry, confused, lost and empty but I wasn't sad.  Here is the building where my grandpa and grandma lived, my fathers family.  Up there, the windows in the middle I think. On Sunday afternoons the family would gather sometimes, the men in the front room just behind those shades, the large brown wooden console radio telling the details of a Cubs game, the women gathered in the kitchen preparing the dinner that would come later. If you were a little boy, grandma would take you into the pantry and slip you a forbidden treat.  For an afternoon, life was the way it was supposed to be. Can't you see it. I can.